10 Reasons You Need to See GHOST The Musical

Ghost The Musical is a stage adaptation of the classic Patrick Swayze-Demi Moore film. A timeless romance that will have you believing that love continues in the afterlife, the show will be playing at the Oriental Theatre from January 7-19, 2014. Even if you’re not familiar with the movie there are plenty of reasons to come see Ghost The Musical. Here are 10 of our favorites:

1. The visual effects in the show are astounding. Most of these illusions have never been done in a musical before.

2. Who doesn’t enjoy a ‘love is eternal’ scenario?

4. An original pop music score by Dave Stewart (of The Eurythmics) and Glen Ballard (famed producer of Alanis Morrissette’s ‘Jagged Little Pill’, amongst others).

5. You still get the classic ‘Unchained Melody’ song that you already love.

7. It involves ghosts, but isn’t all that scary.

8. It’s totally okay to cry while watching this show. Nobody’s going to fault you for it. 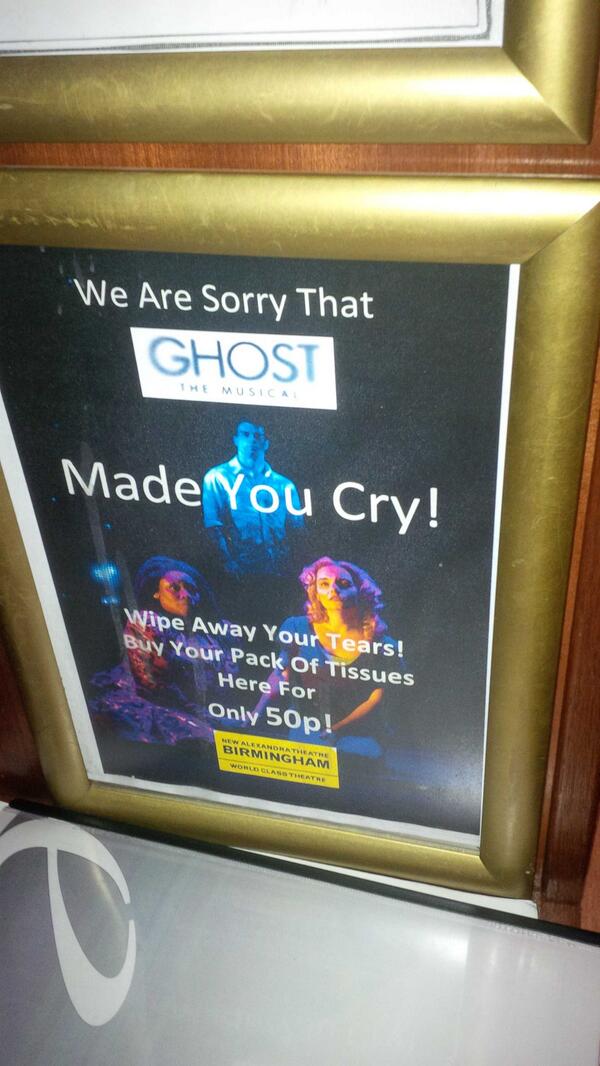 9. The Academy Award®-winning screenwriter of the film, Bruce Joel Rubin, helped translate his work to the stage as the book writer and co-lyricist.

10. You will BELIEVE your eyes.

Filed under Broadway In Chicago, Ghost The Musical